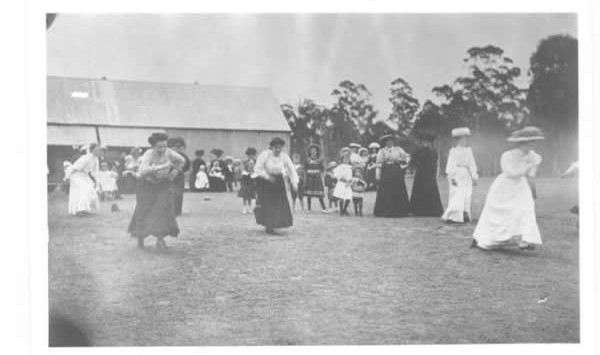 At school in the 1880s, all students learnt Copperplate handwriting. Starting from their first day where they practised their alphabet on slates perched on their knees, students had writing instruction. Being the main form of communication at the time, it was considered to be of great importance. This page from an 1887 writing instruction book […]

Recently, we had a visit from ex-student Bill Dudley. Bill started school at North Ryde PS in 1954 and he would walk to school with bare feet and no uniform. Bill said he would often bring Strawberry the family cow with him across Lane Cove Road, which was a dirt road in those days, and […]

The new Museums and Galleries of NSW website brings together over 350 cultural venues across the state, so you can discover hundreds of museums, galleries and Aboriginal keeping places. The platform provides a ‘big picture’ of where to go and what to see in regional NSW. On the website you can plan trips, build trails, read […]

Portraits of our Kings and Queens were once commonplace in school classrooms. This photo is of  Queen Elizabeth II when she was christened in 1926. At this time she was known as Princess Elizabeth and was third in line for the throne, just like the new Prince George. Prince George of Cambridge was named after […]

We are proud to have received a Highly Commended for our new website  in the small museums websites category of the Museums Australia Multimedia and Publication Design Awards 2013. Thank you to our designer Tom Maitland for designing our website to so well suit our needs. 2013 MAPDA Winners and Awardees

The role of mothers hasn’t changed over time but the roles of women and laws relating to their employment have. It’s hard to believe that only 80 years ago the Married Women (Lecturers and Teachers) Act, NSW, 1932 was introduced. This meant that all married women teachers in NSW had to resign or be dismissed. […]

Tropfest came to the Schoolhouse Museum last November to film the promotion trailer for Tropfest 2013. View the Tropfest trailer. The Museum is sometimes hired for film and commercial locations as we are such a unique location and have so many original artefacts and costumes in our collection.  We also have furniture and equipment for hire.  […]