Dianne Robertson and Robyn Minard attended North Ryde Public School in the 1950s and 1960s. In this oral history they recount various memories that involve technologies of the time.

In the 1950s and 1960s the canteen was called the Tuckshop. Bread was delivered unsliced. We remember buying freshly baked and thickly sliced crusted ends from the loaf of bread. These were affectionately known as ‘doorstops’, topped with butter and either vegemite or peanut butter. Just bursting with lusciousness. What a treat! And they only cost one penny.

We learnt to write with pen and ink prior to the introduction of the modern day pens which we fondly remember as biros. On our desks sat the Bakelite inkwells, half full of ink solution and sitting comfortably in a hole fashioned into the timber desks. The ink pen, having a sharp pointed nib, was easily dipped into the inkwell.

Too much ink of course required the use of blotting paper, a cardboard-like absorbent paper. If a student was left handed then writing with ink became a challenge as the fist would smudge the words from left to right. However, a little smudge here and there was acceptable.

SRA was also known as a reading laboratory kit. Consisting of a huge box filled with coloured reading and comprehension cards graded in levels of difficulty, it enabled us to work at our own pace and assess our own skills.

Speed reading was a program designed to improve both the speed and comprehension of reading. The teacher would set up a special film projector and a projector screen. A story filmstrip roll was placed in the projector and the words shone up on the screen. However, only one line of words was shown at a time, with a light moving across the words from left to right. The speed of showing each line and word could be adjusted by the teacher. The faster the speed the harder it was for some pupils to keep up.

Speed reading machines were used in upper primary classrooms in the late 1960s. Each reel contained a text projected onto a screen showing one line at at time at a rapid pace.

For singing lessons we used the ABC Broadcasts and books as a guide. There was a speaker mounted on the wall of our classroom and we followed the lesson broadcast through the speaker.

Some students showed a little more creativity than others when entertaining themselves during the lunchtime break. One boy in particular, named James, brought a crystal radio receiver to school. Commonly known as a crystal set, they were designed to pick up signals enabling the listener to connect with radio stations.

To create the antenna, James would connect his set to anything metal, usually a vertical downpipe, using a pair of crocodile type clips. With friends huddled around him, and only one earpiece to share, they all tuned in to the latest news and music. A connection to the outside world! 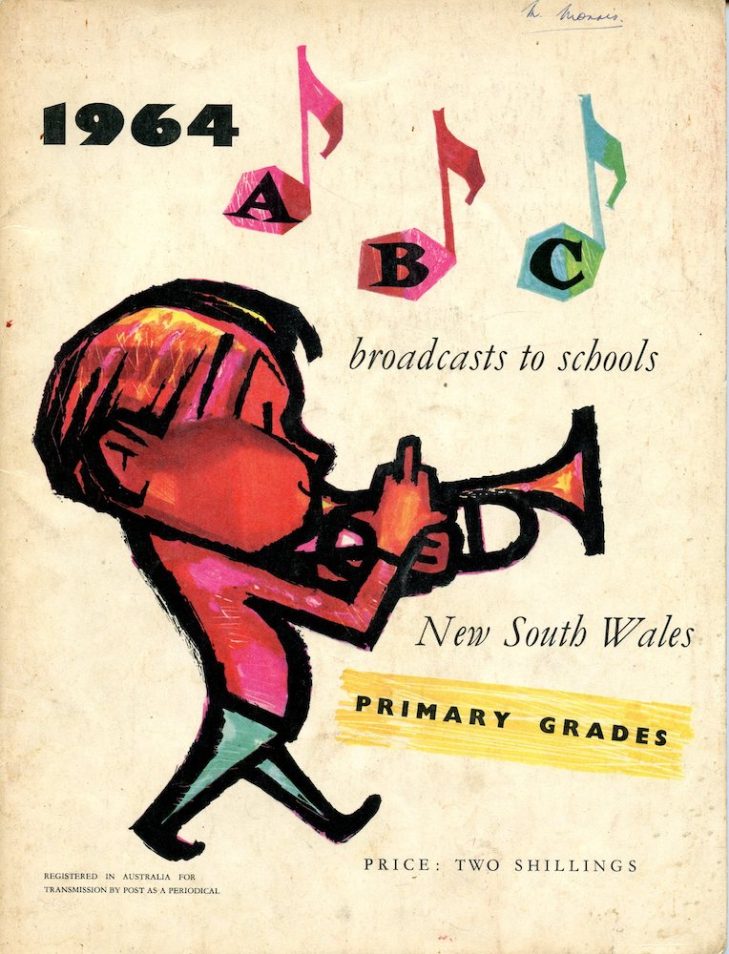 ABC broadcasts had music, songs and other subjects.

This is the ABC School Broadcasts For Primary Grades 1964 book that accompanied the broadcasts.

View the table of contents 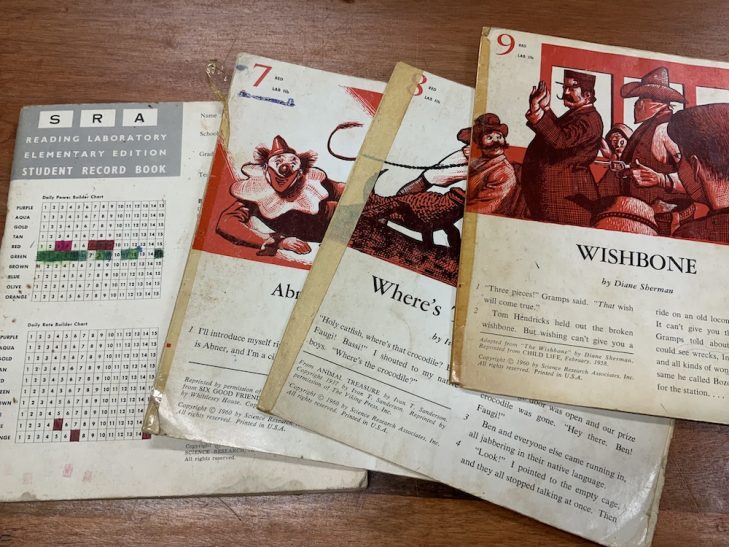 View the video to take a closer look at an SRA Reading Laboratory, a feature of many 1960s and 70s upper primary classrooms. 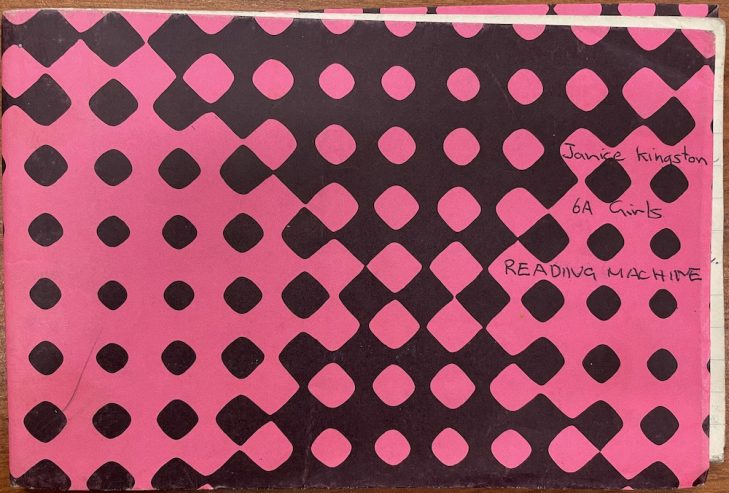