Dianne Robertson and Robyn Minard attended North Ryde Public School in the 1950s and 1960s. In this oral history they recount their memories of playground games.

We really did enjoy our break from the classroom during the day. Our morning tea was called ‘playlunch time’ and our lunch was called ‘lunchtime’.

The boys participated in a variety of games including marbles, kingpin, chasing and tag.

Our playground was always action packed. Marbles in the round was extremely popular with the boys and very competitive. A circle was drawn in the dirt, marbles were placed in the middle of the circle. The idea of the game was to flick your opponent’s marbles from inside the circle to the outside and when that happened you were the lucky keeper of the marble. Some boys had a wonderful collection of marbles.

Marbles was a popular boys’ game played outside in a ring in the dirt. This image shows a game of marbles being played indoors at the NSW Schoolhouse Museum.

Kingpin was fun, known today as handball. Boys played ball and running games of all descriptions – soccer, chasings, hide and seek, a knock up game of cricket and tag. We all had the ability to be resourceful when playing outside in the playground.

Jumping on each other’s backs, trying to push or pull your opponent off his friend’s back or nudge them off their feet was rather daring but always plenty of fun and skylarking!

The girls also engaged in lots of playground activities.

Hopscotch and skipping were favourites as were ball games such as ‘Queenie, Queenie, who’s got the ball?’. Standing stock still whilst playing red light statues was quite tricky!

When we played ‘What’s the time Mr Wolf’ the ‘wolf’ we learnt about how to tell the time and run away from our friends and the pretend wolf!

We frolicked around the playground singing chants and nonsensical rhymes. This was one of our much-loved rhymes.

Best of all though was to delightfully bamboozle our friends with our home-made game called chatterbox.

We were never bored, always full of energy and able to improvise another game to play.

In a peaceful area of the playground we could be seen chatting with our friends whilst threading and creating fancy little daisy chains for ourselves. We fashioned necklaces and bracelets from these little daisies that grew wildly in the grass.

Imaginative play was all part of the fun. We took a piece of string or wool, tied the ends together and were able to create wonderful patterns and shapes. One pattern we recall was called ‘Cat’s Whiskers’ and it really looked like a pair of cat’s whiskers. This game always kept us busy and happy, from one little piece of string or wool.

Throwing jacks or knuckles up into the air to catch them as they fell in either the palm or onto the back of the hand required precision and balance. The reason the game was called knuckles was that knuckles came from a knuckle bone of a lamb roast. When we ate a lamb dinner at home we always asked mum for the knuckle which we washed and dried in the sun. Five knuckles were needed to begin a game and because we had four sisters in our family, we had to save up and share our knuckle bones.

Five washed and dried lamb knuckles were used in the game knucklebones, also known as jacks.

When the big brass bell rang, it heralded the next stage of learning back in the classroom. We were always so disappointed when we hadn’t finished our games, but we knew that there would be tomorrow in the playground.

Happy memories of games in the playground.

How to make a chatterbox 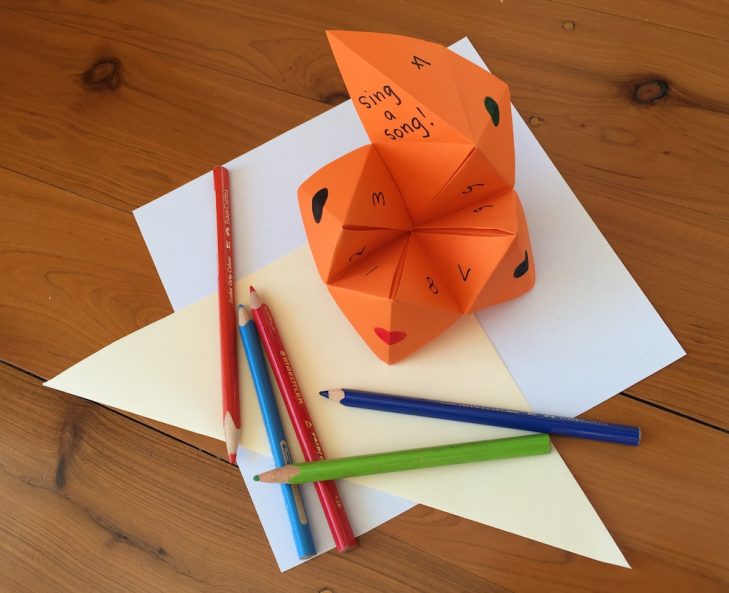 View video How to make a Chatterbox (1:00min)

How to make cat's whiskers 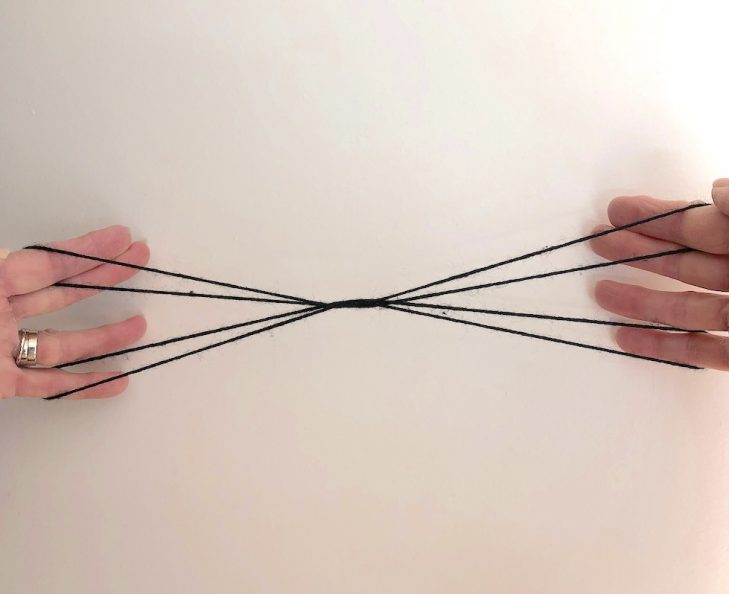