Jean Annie Whiteman‘s 6th Class homework book was her connection to her new school, North Ryde Public School, and now it is our connection with her and with the long-vanished world she lived in. In the classrooms that now form the NSW Schoolhouse Museum, nearly ninety years ago Jean once stood and sat and worked….and then she took this exercise book home with her.

Jean was used to the concept of a homework book to connect her to school. Until 1932, when she was 11, Jean had been living with her family in the district of Merriwa in the Upper Hunter Valley, relying on the workbooks coming from Blackfriars Correspondence School every week to link her isolated life with the distant teacher. How did she feel when she could finally be with other living children in a classroom?

In addition to the academic subjects of English, mathematics, history and geography, the syllabus in place from 1925 included nature study, school agriculture, hygiene, manual training, needlework and physical education. It is the academic subjects and the topic of hygiene that appear in Jean’s homework book.

Dental hygiene was the main topic in Jean’s hygiene homework, probably because it was such a major health issue at the time. In fact, in the late 1920s and early 30s many people chose to have all their teeth extracted and replaced with dentures to avoid the problem of tooth decay. But if Jean’s pride in presentation extended from her bookwork to her teeth, she could have been proudly smiling.

Other subjects Jean worked on are still part of many children’s homework today – English, history, geography and arithmetic. She took painstaking care with arithmetic, which earned her frequent praise in the teacher’s red ink. Jean was working in imperial measurements rather than metric. Her calculations were all done manually. How much is seven pounds of sugar at one shilling four pence per pound?

History, geography and civics helped place and connect students with the world. Anzac Day was one of the Australian topics Jean wrote about, something that meant a lot in her own family.

Before the First World War Jean’s father had been a motor mechanic, but then in September 1915 he left his eight months pregnant wife, Irene Mary Caroline Whiteman, to enlist and when little Pauline was born she was given the middle name of Anzac.

Jean was born and raised in 1920 in Merriwa but John’s ongoing ill health brought the family back to Sydney. He took up a farm on Cabul Street, now Wicks Road, North Ryde, an easy walk or bike ride to school for his two youngest, Jean and John.

Mapping Australia filled many pages in Jean’s homework book and separate mapping book. Jean’s hand drawn maps plotted physical features, political boundaries, transport routes and resources. Identifying the regions of wool, wheat and coal provided a child’s economic record of a time when the world was in the throes of the Depression.

Her mapping book also included countries of the British empire such as New Zealand, Canada and India. Merriwa might not be a huge town but Jean has made sure to include her old home in her maps of New South Wales.

As well as careful handwriting and lines with a fine mapping pen, Jean clearly had the most enthusiasm for her elaborate headings, all filled in with a range of coloured pencils and pens, which may have been later used by her little brother, John. Since her career in later life was as a dressmaker, perhaps her eye was always on the visual appeal of anything she saw.

Jean’s little brother John Albert Junior, six years younger than Jean, became Dux of North Ryde Public School in 1937. He played cricket with skill and verve and was a member of the Tom Brown League that FJ Palmer’s department store established during the Depression so that boys could go out on picnics and harbour cruises. The Tom Brown League was named after the Thomas Hughes book, Tom Brown’s Schooldays. The league motto was, ‘Every child gets the chance to play’.

Both John and Jean – perhaps the whole family – loved nothing better than the outdoors and animals.  Both children had pets – John, a dog called Bimby that was his constant companion outside school, and Jean, her horse.

How I spent the holidays

Jean’s most lively composition, ‘How I Spent the Holidays’, begins ‘Most of the holidays I spent riding’. She recounts a delightfully vivid recreation of a day with her ‘pals’ Marie, Joan and Joan’s pal, Gwen. When Jean invited them they said “Rather!”.  The girls rode from North Ryde to Carlingford ‘as Dad wanted to plough round some citrus trees’. They rode through Eastwood ‘as that was the shortest way to go’, let the horses out in the paddock where there was plenty of grass to eat and only then had lunch themselves. It was, said Jean, ‘a happy day’.

Another piece of creative writing was a letter from a character called Mary about her brother Tom who rode a bicycle rather than a horse and had a nasty accident. This was probably inspired by Jean’s own little brother, always on his bike – but if so, it was sadly prescient.

John went on to become a fitter and turner when he left school, perhaps following his father’s discarded ambitions in mechanics. When he was just sixteen years old, young John – in whom so much love and attention and hope had been invested – was riding his bike down Lane Cove Road when he was flung off to his death. The family never really recovered.

John’s fate became part of the Whiteman family’s story, connecting their individual lives with the world they were living in then, and now, thanks to young Jean’s books and John’s medal and badges, we are connected to them too, and they both live on for us. 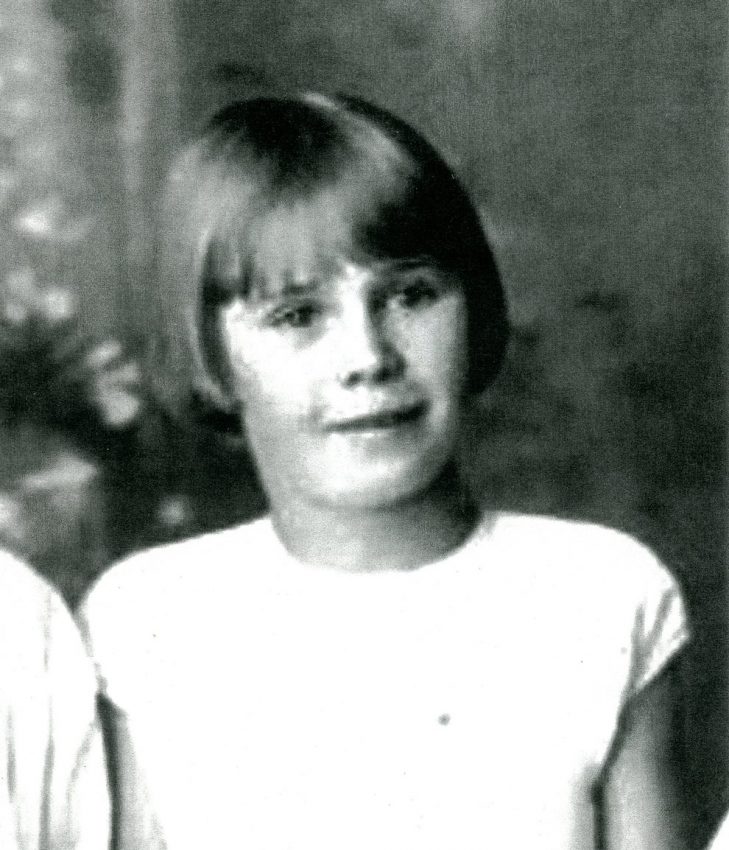 Jean’s maternal great-great-grandfather, William Mobbs, had been transported from England in 1798 and helped turn Mobbs Hill in Epping into fruit growing land. 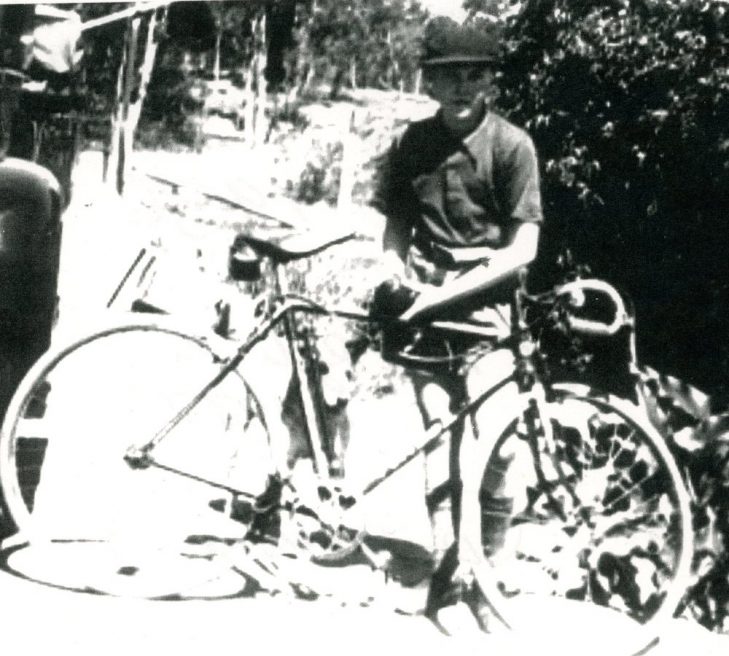 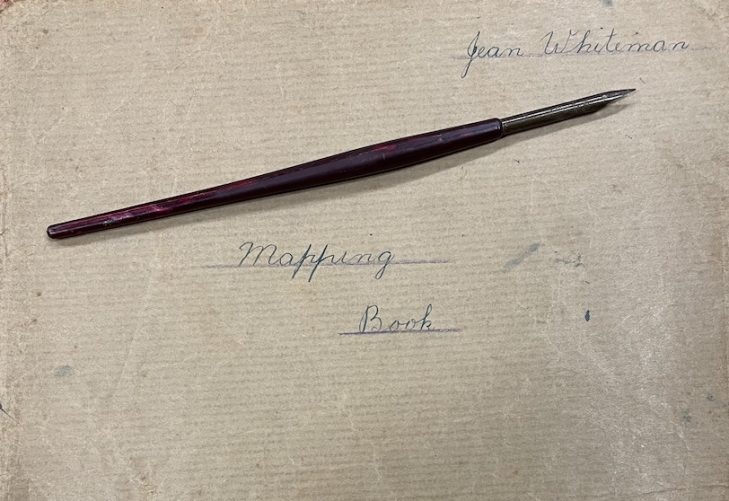 Jean used a narrow fine tipped nib for her mapping work in her mapping book. This enabled small and fine writing and line work.